For more current success stories, visit the Alumni and Newsletters (ChalleNGer PR) sections of this website.

William Farkas, a 17-year-old recent enlistee in the West Virginia Guard and Tunnelton native, will embark on a journey to become an officer in the United States Army beginning this month, when he departs for basic training. He was notified this week of his appointment to West Point, which is one of the most prestigious universities in the country.

Following his graduation from basic training and one-station unit training at Fort Leonardwood, Missouri, Farkas will report to West Point in June of 2022 to begin his college career, according to a release from the West Virginia National Guard.

Farkas was a standout cadet during his time at the Mountaineer ChalleNGe Academy-South in Montgomery. He earned several awards, including the Robert C. Byrd Distinguished Cadet Award and Adjutant General’s Award for Academic Excellence.

“I just feel overwhelmed with joy and am prepared to take on all the challenges that lay ahead,” Farkas said when asked about his reaction to the official nomination. “I couldn’t have done this without the help and support of MCA,” he continued. “This is not a journey that can be walked by yourself. You need the support of other people. There are so many [people] that have helped me along the way, from teachers, to coaches, to staff at MCA, to just everyday normal people; my mentors and my family. I wouldn’t even be the person I am today without how they raised me. I believe giving credit where credit is due is important here.”

The road to West Point is not an easy one. The academy is extremely selective, and candidates must meet stringent standards even to be considered for appointment. Students must score a 1340 on the SAT or a 29 on the ACT, complete a Candidate Questionnaire and submit a School Official Evaluation that includes four letters of recommendation from teachers. They also must demonstrate leadership or community service through programs like Boys or Girls State, pass a physical fitness test and secure a nomination. Each Congressional representative and U.S. Senator can nominate up to 10 candidates to each Service Academy. Children of military veterans and JROTC cadets can seek service-connected nominations through the White House.

Farkas’ dad, Jay, served in the Army’s 586th Engineer Company, allowing him to receive a service-connected nomination. He received nominations from both West Virginia Senators, Joe Manchin III and Shelley Moore Capito, as well as Rep. David McKinley.  “We believe in service to our country in our family and we believe that a citizen should give back to keep the freedoms that we have,” Jay said. “He’s going to continue that tradition and we are so proud of him.”  Will’s parents, Jay and Rhonda, are elated at all that their son has achieved thus far and look forward to how he will give back to West Virginia and the opportunities ahead.  “It’s an amazing opportunity and he’s done a lot of things and put in the hard work to get to this point,” said Jay Farkas. “I also think the ChalleNGe Academy and the West Virginia National Guard have helped him get to this point. He learned a lot of things at MCA about leadership and it was really a great thing for him. I’m excited about his future and all the opportunities he will have.”

His mother, Rhonda, knows that the hard work he has displayed throughout his life has helped shape him into the young man he is today. She looks forward to Will bringing back his experiences from this journey and serving as a role model for other West Virginia youth. “For him to be able to go out and achieve his dreams, coming from an area where some of our youth struggle, it’s going to be a great opportunity for him to be a role model to those young kids,” she said.

The West Virginia National Guard’s Adjutant General, Maj. Gen. Bill Crane, noted that Farkas is an example for all to emulate.  “The National Guard Bureau’s Youth ChalleNGe program is truly a success story for changing lives across this nation,” Crane said. “I could not be more proud of what Will has accomplished through his time at MCA-South. We are so lucky to have young West Virginians like him join the ranks of our military. I know he will continue to do great things and make an impact in his community and anywhere that the Army may send him. I wish him all the success at West Point and his future endeavors.” CHARLESTON, W.Va.  – William Farkas is not like most teenagers. A simple conversation with the not-quite-17-year-old from Tunnelton quickly reveals his maturity, intelligence, and drive.

Those character traits have earned Farkas, who graduated Mountaineer ChalleNGe Academy-South in September, two nominations to the U.S. Military Academy at West Point.

"I've always had the desire to serve my country in the military pretty much as long as I remember," Farkas said. "It's something my parents instilled in me, and I was always reading books growing up, watching military documentaries, learning about the experience across all the different branches. Going to MCA, I think really refined my goals and what path I would like to take specifically."

Farkas, who turns 17 on November 24, has already earned his high school diploma through Mountaineer ChalleNGe Academy as well as West Point nominations through the White House and Sen. Joe Manchin. While he progresses through the West Point nomination process, Farkas will enlist in the West Virginia National Guard. He's considering a couple of different career paths, including combat engineer or cavalry scout.

"I'm looking at a couple of different units, but I think joining the National Guard will help me along my path to go to West Point," Farkas said. "But it's not just all about that. In the end, I want to serve not only my country but also my state, and I feel like the West Virginia National Guard is the best way to do that."

The road to West Point is not an easy one. The academy is extremely selective, and candidates must meet stringent standards even to be considered for appointment. Students must score a 1340 on the SAT or a 29 on the ACT, complete a Candidate Questionnaire and submit a School Official Evaluation that includes four letters of recommendation from teachers. They also must demonstrate leadership or community service through programs like Boys or Girls State, pass a physical fitness test and secure a nomination. Each Congressional representative and U.S. Senator can nominate up to 10 candidates to each Service Academy. Children of military veterans and JROTC cadets can seek service-connected nominations through the White House.

"It is very strenuous and more involved than I think other college applications would be," Farkas said. "Compared to another state college or private college, applying to a Service Academy requires many other aspects of a candidate's life to be put on record."

Farkas has shown his leadership skills from a young age, his mother Rhonda said, so she's not surprised he has set his sights on West Point.

"He's a natural leader," she said. "It comes to him naturally, and he loves it naturally. He gets nervous talking to people, but his dad has guided him along the way, and he has taught him to work hard and to put his whole heart into it and not let obstacles hold him back."

Will, his dad, and younger brother abide by a quote from Thomas Edison that says, "Opportunity is missed by most people because it is dressed in overalls and looks like work." That quote has motivated Farkas and his brother to try hard in all aspects of life.

"I have never seen a more hard-working group of three young men like my husband and these two boys," Rhonda Farkas said. "They're always out working on our farm, and I think that's where he has learned this leadership role is from his dad. He's not even trying to do that; he just picked it up naturally. As soon as he was given the opportunity to be a leader at 11 years old at VFW camp at Camp Dawson, he was thriving."

Because of his leadership, Farkas excelled in his 22 weeks at Mountaineer ChalleNGe Academy and earned several awards, including the Robert C. Byrd Distinguished Cadet Award and Adjutant General's Award for Academic Excellence. Farkas said the structure of the MCA program helped him define his goals and gave him the confidence to obtain them.

"MCA-South boosted my confidence and focus in ways that I hadn't really experienced before," he said. "The structured environment, the staff, the way they keep us on the straight and narrow path, really helped me find what I was meant to do with my life. I was focused in school and didn't have a problem with grades or extracurriculars. I was a successful student and athlete, but MCA-South gave me much more than that. It helped to develop my character and show me what a true leader looks like."

Farkas is grateful to the staff and cadets at Mountaineer ChalleNGe Academy-South for their support as he pursues a career in the U.S. military.

"I wouldn't be doing this if it wasn't for their support and their enthusiasm for what I want to do with my life," he said. 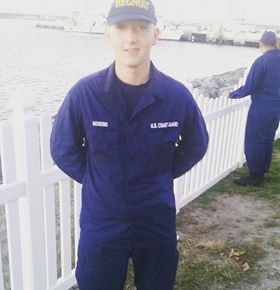 Thank You MCA for prepping me for the Coast Guard.  I graduate Friday, Nov 18th and it’s thanks you, the Cadre and Teaching Staff.  I graduated Class 2-2015 and I can honestly say a lot of things I learned there helped me get through this far into Basic Training. 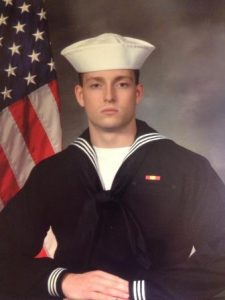 Former Cadet Charles Fields graduated from Navy boot camp October 3, 2014.  He is serving aboard the USS Arleigh Burke Destroyer. Enlisting as a Fireman Apprentice, he is currently striking for a rate, learning and working in different areas of the ship to include the Engineering Department, Hull Maintenance, Machinist Mate and HVAC.  He is…

UPDATE:  RCT Sibley wrote a letter to both the Staff and Current Cadets of the MCA from Parris Island. To the Staff she writes:  “This RCT wanted to thank the MCA Staff for preparing me for Marine Corps Boot Camp.  I miss the MCA and would love to come back but I’m moving on. I… 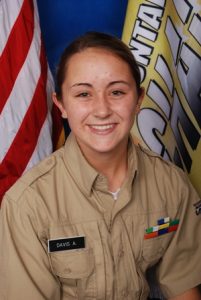 recently went to MEPS and has chosen a career in the National Guard.   Upon completion of Basic Training, she will attend WVU to major in Criminology.     The Former Cadet wrote:  “I wouldn’t be doing any of this if it wasn’t for the Academy. You guys have made a huge impact in my life, I’m forever… 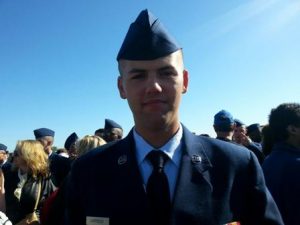 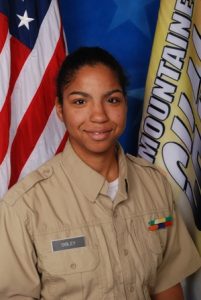 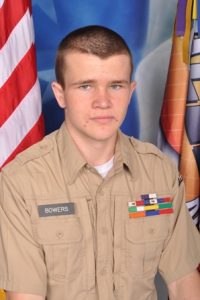 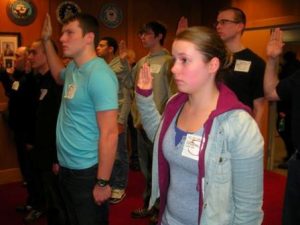 Gloria Shrewsberry, swearing into the Air Force. She is now at the Texas Air Force Base. 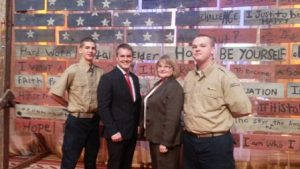 Adam Cleek is a former Mountaineer Challenge Academy Alum and Purple Heart recipient. Cleek will speak later today to 800 congressional, corporate and community leaders at the National Guard Youth Foundation Youth’s Challenge Gala in Washington D.C. Cleek grew up in South Charleston in a middle class family with divorced parents. By the time he… 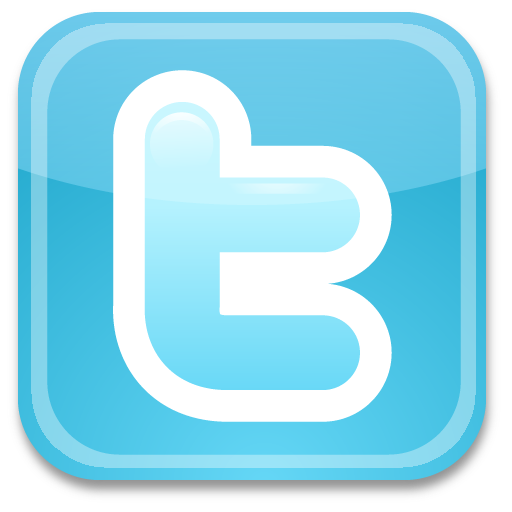 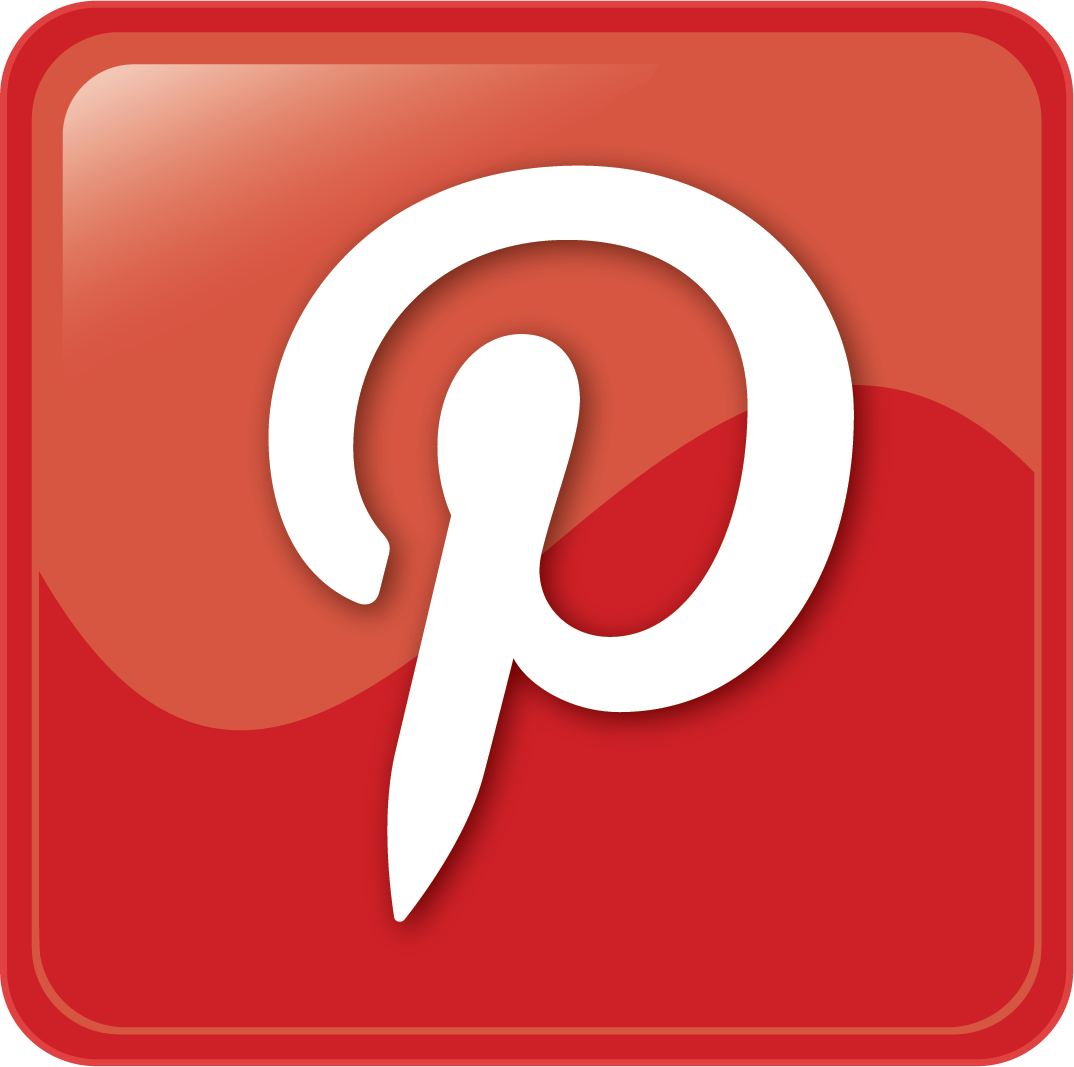